All The Columbine: Catskills Wildflower and Garden Flower 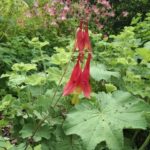 Blooming now in the Catskills is the Wild Columbine, Aquilegia canadensis. It is a denizen of the forest edge, of the woodland clearing. It is not the commonest wildflower but it is striking and conspicuous with its scarlet and yellow flowers, pictured here planted in a garden. This is the only species of Columbine native to New York State or to eastern North America, for that matter, but there are 22 other species of Aquilegia (the botanist’s name for Columbine), in North America west of the Mississippi River and around 50 species in the rest of the world, mostly in Europe, but with about 15 in China, Korea and Japan.

All Columbine flowers have nectar spurs. A nectar spur is a part of a flower that is structurally modified to hold nectar. It looks like a long tube issuing from the back of the flower. Other commonly known flowers with nectar spurs are orchids, violets, delphiniums, impatiens and nasturtiums. 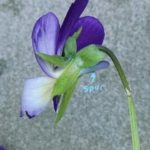 A viola flower with a short nectar tube 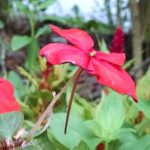 The Columbines usually found in our gardens are predominantly derived from the European species Aquilegia vulgaris, but plant breeders have done much hybridizing with other species. Garden columbines are available in an incredible variety of colors and color combinations. The following photos demonstrate some of the assortment of colors and flower shapes now blooming in our gardens. 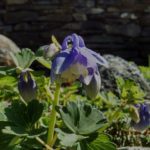 A Japanese species, A. flabellata 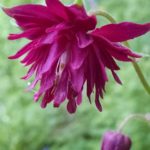 The Nora Barlow variety of Columbine 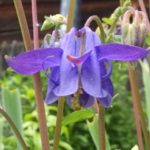 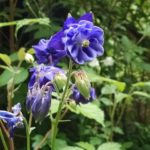 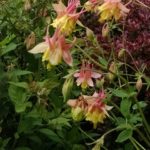 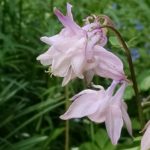 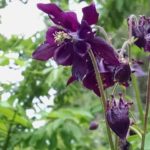 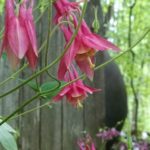