All Garden Friends! Tachinids (Not all flies are bloodsuckers)!

Garden Friends! Tachinids (Not all flies are bloodsuckers)! 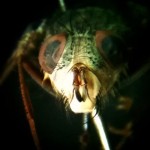 The face of Epalpus, a tachinid fly 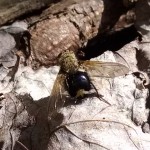 An Epalpus in the wild

A lot of insects are called flies like dragonflies or butterflies, but true flies are insects with only one pair of wings. We are most familiar with the obnoxious members of the group – the bloodsuckers such as mosquitoes and deer flies and their ilk, but the preponderance of fly species are beneficial or neutral in their relationship to humanity. 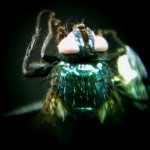 All flies consume food in liquid form. Bad types of flies are interested in people’s blood or sweat, or their lunch. But many good types of flies feed on flower nectar and in fact are important pollinators.

Tachinid flies can be very effective in controlling caterpillar populations, with success rates of 70% control of pest populations frequently reported. Tachinid flies are commercially available as biocontrol agents because they are so effective. 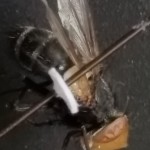 Gonia, another tachinid. Click on the picture for a full view!

And they are friends of the forest as well. A species of Tachinid fly is an important predator of the gypsy moth caterpillar, a well-known pest that can strip the leaves of all the trees on a hillside in a matter of weeks.

All the photos in this post were taken of insects collected in one week this April here in the Catskills.

Contact From Root To Shoot Now! Make your garden look its best for the whole season!!!