All How Primroses Avoid Incest! 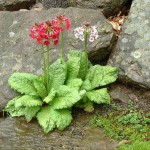 Spring is here and gardeners all over Delaware County are very busy. Here at Root to Shoot we’ve been enjoying the beautiful weather as we work, and I’ve been waiting for a rainy day to do a blog post. The weather has not cooperated until now, and with so many wonderful goings-on in the garden I could no longer procrastinate. So here we go!

Some of my favorite spring-flowering plants are the Primulas, known commonly as the Primroses. In addition to being great in the garden, they are also botanically very interesting. Primrose flowers have a feature that helps the wild Primrose population to maintain genetic diversity, to keep their genes mixed up. Genetic diversity is important in a wild plant population because the population as a whole will have lots more diversity and will be able to survive fluctuating climatic conditions. Primroses aren’t the only plants whose flowers have this feature, many plants which are pollinated by insects have developed particular structures to encourage cross-pollination (sex with other plants) and discourage self-pollination (sex with oneself > inbreeding). For a general  explanation of flower sex parts, see my previous post – Anatomy of a Flower.

The flower deposits its pollen on the part of the insect where the pollen will reach the female parts of only the other type of flower on another plant, so the flower is guaranteed to be pollinated by another plant’s pollen rather than its own and thus it avoids inbreeding. 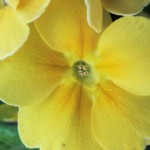 (1) This primrose flower has the male parts long; you can see the pollen sacs crowded together at the center of the flower, but the short female part is not visible; it is deep down the tube of the flower. 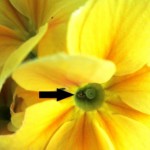 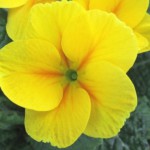 (2, 3) This is the other type of primrose flower – the female parts are long and the male part short. In (2), you can see the pollen receiving stigma, the green button in the center of the flower. In (3), the black arrow points out the short male parts the pollen sacs, hidden below the stigma.